So far the trip has been going well although it is remarkably hot. The heat in itself is not a major issue; having spent so long in Greece I am used to it however the humidity makes it harder to handle.
We have had two days in Hong Kong and did plenty. The first day was spent shopping, mainly seeing the local markets such as Mong Kok. There was some local shopping and much joy was had looking at the shop and street names… wow I need to grow up. 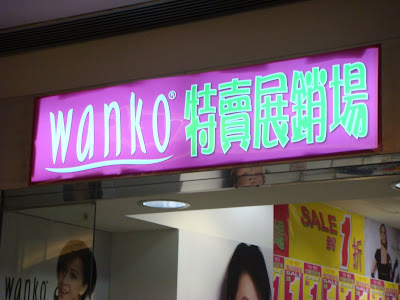 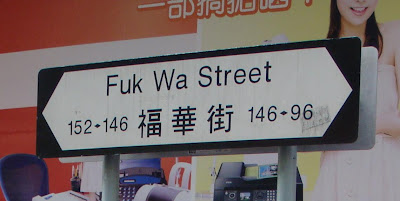 In the evening we caught the light show and then headed up to The Peak and got some dinner. It was actually the clearest night that I have ever seen up there although he clouds had come in by the end of the meal. 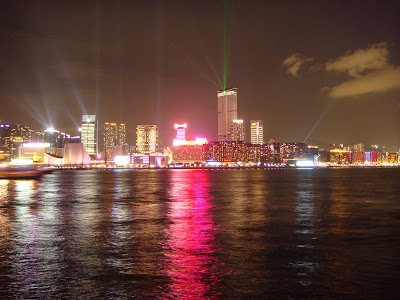 The second day was spent at the Monastery in Lantau Island and seeing the Tan Tian Buddha. Bizarrely, dinner was had in the Outback Restaurant; Australian cuisine! As I had eaten Asian food almost exclusively, and the next few days would see plenty of the same, I did not feel guilty for tucking in to a prime rib steak!
Tuesday saw a rather scary flight to Beijing. Initially the flight was booked by Amy’s mother and she booked us on to China Airlines…officially the worst airline in the world. It has had more fatal crashes (5) than any other airline in comparison to the number of flights taken. It ranked 90th out of 90 in airline rankings.
One argument later and we were booked to fly with Dragonair.
The flight was horrible, loads of turbulence but we arrived safely.
I am now in Beijing and spent today at the Forbidden City. I then went to what must be one of the oldest restaurants in the world. A Peking Duck one. It was awesome and is without doubt the best Peking Duck I have ever had.
Anyway, I will try and update the blog again before I go but as I have to steal bandwidth from someone living close, I rely on them having their wireless turned on!
Until next time
Keep Safe
Posted by Simon at 2:40 am