As I write this I am sitting in the Virgin Atlantic Upper Class lounge at Heathrow Airport. We have been in Zakynthos for the last few weeks but have now left Greece permanently. It was a very bitter sweet feeling to be leaving. I love the place I really do but I think in my heart of hearts I knew that after the earthquake swarm in 2006, I would not be spending the rest of my life there. Even though it is one of the most beautiful places on earth.

The 'rest of my life' is now starting in Sydney, Australia.

I have spent the last year there anyway and the two weeks back on the island was more of a hinderance than anything.

It really was not the same.

Having said that, it was a pretty emotional time when we took off from the island and I looked out of the window knowing it was a fond farewell...

So what have I been up to recently? Well, I have taken in a few concerts; Bon Jovi and The Police spring to mind (bizarrely as I type this, Bob Geldof has just walked in to the room...hmmm, would I be a groupy to go and ask for a photo..yeah, I think I would so I won't bother....Justine just said "He looks like a young Bob Geldof....").

I also had a trip over to Hunter Valley which was fun. It is one of the best wine regions in Australia and the home of my favourite wine, Pepper Tree.

Below is my attempt at getting all artistic (autistic is probably a better description!) 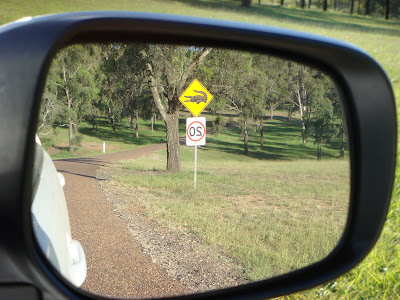 The sign vaguely amused me. Not sure what is amusing about a sign warning you of crocodiles but...

Here are a few shots from New Years Eve in Sydney: 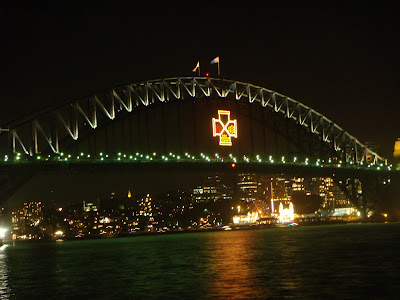 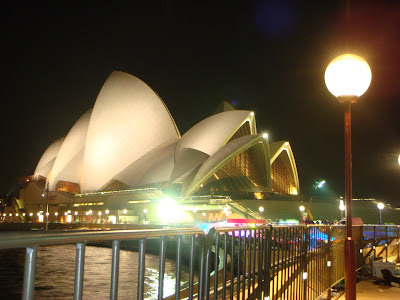 Here is a picture of my tongue taken during the Sydney festival with Erin (Erin is the wife of Heath, one of my best buddies in Australia): 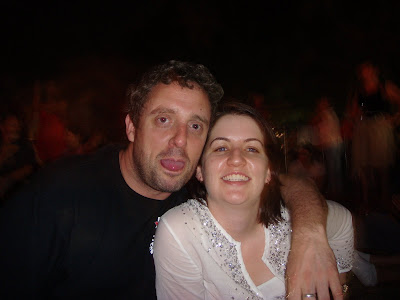 And finally, for now, a picture of a trip that I took to Melbourne, to watch the final of the men's and women's tennis Australian Open: 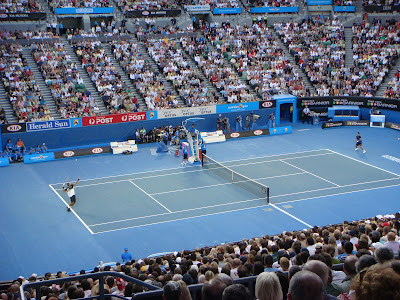 Poker has been going pretty well, the last decent win was about a week ago, I won about $2,200 for finishing in fourth place in a $75 tourney on Full Tilt.
I will endeavour to post again when I get back to Australia (only two days of the trip left to get there :S
It was a little disappointing as I had a huge chip lead for most of the event. Oh well, profit is profit.
Until then, Keep Safe
S.
Posted by Simon at 3:22 am