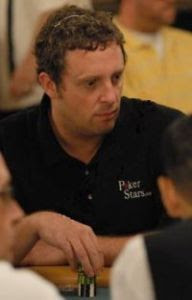 Yikes, where do I start? If i need to update this from when i last made a post...well...I was born in 1969....
So, lots of small points. I am loving Mac's. I bought an iMac and it is amazing, so easy to use, great quality.
I have been super busy at work. Also playing lots of poker. I am listening to loads of music, mainly 'Say Anything' as they have a new album out.
I am going to see The Killers tomorrow night. I went to see Fall Out Boy about a month back. I have recently seen Kelly Clarkson (a 'secret' show in front of a really small audience) - (Did I really just admit to that?) I went to see Blue King Brown again, and Missy Higgins...so much.
I have moved to another rented house, in the same building but this one is GORGEOUS. Although to be fair, it is a lot more pricey but, worth the extra.
Justine is still in Greece but not sure when she will be back as of yet. She has been gone now for about 4 months I think.
I have been to New Zealand a few times.
I spent a fair amount of time watching AFL, Aussie Rules Football (I know, that is ARF). The Sydney Swans are the local side. It is pretty entertaining. More than can be said for the local football team, Sydney FC. It is like watching football on the park. Only more annoying because they call it Soccer. Morons.
I have added a photo but no idea if I have done that one before so apologies if I have.
OK, so, does that get me off the hook if I start updating again soon? I will...seriously.....
Posted by Simon at 11:01 pm