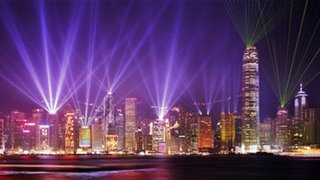 23rd November 2006
We have now arrived safely in Hong Kong.
The flight was not so bad and I am pleased to report that I managed to sleep for most of the trip so, it went fairly quickly. The one down side was that I had quite a lot of work to do and didn't manage to do it so, I have that to look forward to.
Whilst at London Heathrow I purchased a new camcorder whihc record directly on to a hard drive in the machine. It looks pretty funky and have already used it a little this morning.
The weather is kind of miserable but it is still nice. Back in the hotel room after an early morning stroll as I awoke at 4am. Damn jet lag. I was actually quite lucky as managed to get quite a lot of sleep on the plane. Just went to Starbucks for a coffee and some loopy women asked me if I had 5x$20 bills to swap for her $100. I said sorry I didn’t. anyway, 5 more minutes passed and she called over to Justine, “are you Pamela”….weird women. So, she said she wasn’t then about 10 minutes later, she wanders over again and puts a $100 on the seat next to me (I must go on record as saying that is only about £8). This was just as we were about to leave. Anyway, I stood up, obviously leaving the money, and headed for the door. At which point she quickly picks up the money and kept begging me to take it from here. I made it clear that I didn’t want it and tried to head for the door. She was still grabbing my hands and trying to give me the money. In the end, I said ok, so she went to sit back down, I put the money on a table near her and went for the door again, she dived back up saying words like “please, do me this favour, take the money”. Again I said ok, she sat back down and again, I put the money on a table and left. Very weird. It spooked me a bit as I wondered what she was up to. I was super careful that she stayed away from my pockets etc the whole time. Anyway, I went back to the hotel and had a damn good wash, just in case. I still feel really uncomfortable about the whole thing.
Posted by Simon at 12:46 pm No comments:

Updated via my PDA for the first time!
Monday 20th November
I have been very slack with keeping up to date with my injections so, as I write, I am sitting in the Doctors having just had my vaccinations. I am pleased to report that I did not sob like a baby when he put the needle in me. To get here in time, it meant going through Central London at rush hour. A word of warning. Avoid London during rush hour, it is not good. Hopefully at the end of these few days in the UK, I will be in full working order. As we do not have that much confidence in the Greek heath system, we have been saving everything up!
Amendment via computer:
Apparently the transport problems were due to line failures etc. The place is still rubbish! Anyway, after Doctors, Dentists ( I have to go back AGAIN tomorrow!), we decided to pop over to the Tate Gallery as one of my favourite pieces of art is kept there; Summertime by Jackson Pollock. I have obviously seen the picture a million times but all prints or photos etc. The first thing that struck me about the real thing was the size of it. I just looked it up on the internet and apparently it is 848 x 5550 mm. Quite incredible really. In addition to this they had Rothko work and Monet. I don't like to be a synic but, it is a good job that beauty is in the eye of the beholders because a lot of the work in that building is......errrr... a bag of shells :-)
More amusement was provided by Justine; I don't know what it is but 'something' on her keeps setting of the store alarms. Every time the same questions when they see she doesnt have anything with her, "Maybe you have some library books Madam?". I was so hoping she would reply with something sarcastic such as "Ah yes, let me pull them out of my ass" or something. I mean they could see she was empty handed, where exactly was she going to put Library books? Anyway, the Tate Gallery was the latest in a line of stores that thought we were trying to steal from them!
So, as it has gone midnight, later today we fly out to Hong Kong. We are getting a haircut in the Virgin Upper Class Lounge at Heathrow and maybe a massage or something. Hopefully that will relax me a little before the 13 hour flight. As previously mentioned, we have two days there before leaving for another 8 hour flight to Sydney. I will update as soon s I can, until such time..
Keep Safe
S
Anyway, was well worth the trip even if it meant that we only got 45 minutes there.
Posted by Simon at 2:29 am

I will try and update most days whilst away but lets be honest, it probably isnt going to happen, even being able to do it with my PDA!
Thursday 16th November
We flew in to Athens tonight on the Olympic flight. It was Justines first experience of the island hopper and whilst she was petrified at first, She seemed to be fine with it. In a bizarre way, I actually prefer these to the large jets. Whilst I love the local restaurants, it was actually nice to see somewhere that had a menu with more than Lamb on it! It was also one of the first places that I have seen in Greece that sells Sancerre. The local wines on the Island are very good but....
Friday 17th November
So today is the first in London and I can't Say that I have missed it. From the moment we got on the tube I felt very uncomfortable. I have not felt that way for some time. The flight was ok, as far as flying goes. We had a 1:30pm appointment at the dentists but to be honest, it was a bit of a waste of time. We were very late due to excessive travel and the worst hotel reception you could imagine. Stupid does not come in to it.
Anyway, one great advantage of being In London is Wagamamas, one of the very few things that I do miss. One of the greatest restaurants on earth! Justine bought he self a new 8gb ipod Nano. Very funky. Anyway. It is Just about time for bed now as for some reason, the London has the most ridiculous start time on earth, 7:15am.
Saturday 18th November
Workde from the office but I do find it quite hard going whilst there. It nice in one way as rather than helping the new guys via MSN Messenger, I can do it face to face but there seems to lack a certain 'something' from other offices I have worked in. There are quite a few people working in there but very little by way of dialogue. I know they are there to work but maybe a little more atmosphere would increase productivity?
We had a fabulous evening that was planned at the last minute. The idea was to go to gutshot and play some poker but to be honest, I didnt really fancy it. At about 9pm I decided that I wanted to go to Ronnie Scotts Jazz Club. We managed to get in even though it was sold out, in much thanks to the Manager who I spoke to on the phone before we left. The London Jazz Festival was on, hence why it why it was so busy. The main act was a lady called Stacey Kent. I am not a huge jazz fan but it is certainly better when you are there in thick of it. It was pertty cheap as well. We had a meal, bottle of Moet & Chandon, tickets (which were £52), other drinks pre-show and taxi and the whole lot was only just over £200. Very good for London.
Sunday 19th November
Today was mainly going around the shops and I have to say I was remarkably restrained. Only one jumper to show for it! Wagamamas was again involved... I know I am fussy sometimes but this hotel is the worst. After i moaned several times about the dreadful service, they charging 700 to my card that they shouldn't have and black mould around the bath, they eventually gave
me a room upgrade. Within twenty minutes of being in the ne room, I had rang down to recoption about the internet plug being broken, the plug socket not working, the TV not working,, the safe was already locked from the people who were in here last time and I had not even started. Ooops.
Anyway, tonight will be a poker night (I just won a Sit & Go for $250 as we speak!), hopefully a bot of relaxation tomorrow although with Doctors visits (jabs for trip) and back to the Dentist, I guess it is unlikely! Until next time...
Posted by Simon at 8:00 am No comments: